A Pastor’s Greatest Concern in a Pandemic

A Pastor’s Greatest Concern in a Pandemic 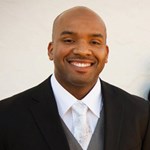 It is not easy to miss Paul’s heart for the churches that he was used by God to establish during his apostolic ministry to the Gentiles. His absence from them came with constant concern for them. Constantly, he expresses his desire to be with those whom he had ministered to but was no longer with and to others whose testimonies have travelled to him even thought he had yet to meet them (e.g. Romans, Colossians).

One particular church that the apostle had a special affection for was the church in Thessalonica. When Paul describes being forced to leave Thessalonica because of the persecution the church had faced during his time with them and after his departure, he says that he was “torn away” (ESV) or literally “made an orphan” from them (1 Thess 2:17). His concern for the spiritual well-being of this church which he could not be with, in person was so severe that Paul decided to stay in Athens until he heard back from who had travelled to the Thessalonian church (1 Thess 3:1-2). Timothy was sent by Paul because Paul was worried that in their witness of his afflictions and their own which they had suffered, that their faith would fail. Paul says, “Therefore when we could bear it no longer we were willing to be left behind at Athens alone, and we sent Timothy, our brother and God’s coworker in the gospel of Christ, to establish and exhort you in your faith, that no one be moved by these afflictions” (1 Thess 3:1-3a).

Paul’s main concern was not that their physical survival was in jeopardy but that their faith would not stand in the affliction they had witnessed and experienced. He waited to hear from Timothy as to whether the church that he had been personally separated from, not by his own doing, had continued in the faith, love and hope. He longed to know if these virtues were still producing the work, labour, and endurance that marks sincere Christianity (1 Thess 1:3). He wonders if they who had joyfully received the Gospel and God’s servants as their teachers would still hold fast to the Apostle’s doctrine as they had in Paul’s presence.

This is what concerned Paul while being separated from this church and this is what concerns every pastor who has been separated from his congregation today. As the U.K. and much of the rest of the world remains in some form of social distancing and physical lockdown, pastors are separated from their congregations, shepherds from their sheep. We all remain thankful for modern technology that allows sermons and Bible studies to be live-streamed and fellowship to take place through group video chats. There is, however, recognition that church at a distance, while appreciated for what it can offer, does not replace face-to-face interaction nor does it give the same opportunities for pastors to be with their people.

With the lack of personal face-to-face fellowship, a pastor can have with his people on Sundays and even visiting and being visited by his people and that the congregation can also have with one another, there is an increased concern as to the spiritual health of God’s people. Not only has social distancing separated the church from its shepherd(s) and from each other but this pandemic has put people in circumstances that will test their faith in different ways.

A faithful shepherd will certainly mourn if or when their congregants are impacted by sickness and/or death whether to themselves or to their family and friends. However, to find out that present circumstances has led to the spiritual compromise of their people would be a greater grief. Worse even is to find out that the seed of the Gospel has fallen in shallow dirt unable to bear up under trials or seed among thorns that became entangled with the cares of this world. This would surely be the worst of griefs.

A pastor’s greatest concern is not that the church will never meet together again. His concern is that the church will one day meet again but with people whose consciences have been seared and in whom the Spirit has been grieved. He does not want the next time the church is able to gather to be a building full of people who are no longer able to sing the praises of the Saviour or to participate in the Lord’s Table with a clear conscience. He loathes the thought that many of his people will be overcome with the guilt of all the time they have wasted, the anxiousness and fear they lived in as they watched limitless news feeds, the marriage that took severe damage while the couple was at home together, or the person who has fallen into immorality with an indulgence of the flesh on the internet.

Pauls’ comfort while being absent from the Thessalonian church came with the return of Timothy to report that this church was “standing fast in the Lord.” Likewise, a pastor’s greatest concern in a pandemic is that God’s people’s faith might not stand strong in times like these. Because this is a pastor’s greatest concern, this is his constant prayer. Please join your pastors in the prayer for the spiritual protection and maturity of God’s people during this pandemic.